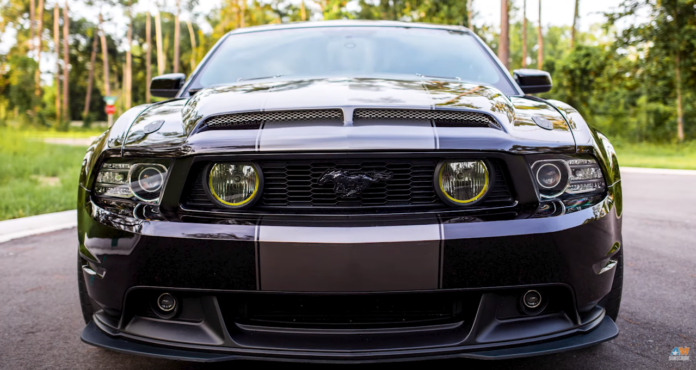 PAOLI, Pa. (September 14th, 2020) – AmericanMuscle (AM) inspires Mustang enthusiasts with its new customer spotlight video series launching with a 2012 Lava Red GT owned by Carl Binder from Florida. AM’s Justin Dugan hosts a virtual interview for an insider look at Carl’s Mustang mod journey, the AM parts he used to make it happen, and more. A full breakdown of Carl’s modification list and images can be found on AM’s customer builds page.

Justin begins by highlighting the rare Lava Red exterior which Carl initially thought was black. They chat about some of his early modifications like the GT rims and wider tires, before moving on to the parts he thoughtfully chose to put under the hood. Carl worked from the ground up, installing new brakes and rotors, stiffening up the suspension, and adding the GT 500 exhaust system. Viewers will learn why Carl’s GT was originally called “The Thing,” and what’s on his wish list for the future. Justin ends the interview by directing viewers to Carl’s build profile page where they will find a complete list of parts he used, including those not covered in the video.

AM’s customer builds video series is for Mustang enthusiasts who like to modify and drive, build and race late-model Mustangs. Beginning with a well-rounded street car like Carl’s 2012 GT opens up the possibilities for customizing the appearance, performance, braking, and interior. A welcome addition to AM’s Mustang profiles, the online auto-parts retailer plans to continue the video series with more interviews soon to be released.

Starting out in 2003, AmericanMuscle quickly rose to be one of the leading aftermarket Mustang parts providers in the business. With the addition of Challenger in 2018, AmericanMuscle provides the most sought-after parts, accessories, and fast shipping. Located just outside of Philadelphia, AmericanMuscle is dedicated to offering the Mustang and Challenger communities with the highest level of customer service.

In or out, what’s the market going to bring to your portfolio?

Official Release - September 14, 2021 0
AmericanTrucks’ (AT) host, Justin Dugan heads up the latest episode of AT’s “The Haul” YouTube series. The new video shows 2021 F150 owners where to begin when modifying their rig.

In or out, what’s the market going to bring to your portfolio?

Information Hoard Staff - August 25, 2021 0
Are you worried about a correction in the near future since the S&P 500 Index has doubled since March of 2020 after the pandemic spurred selloff?

In or out, what’s the market going to bring to your...