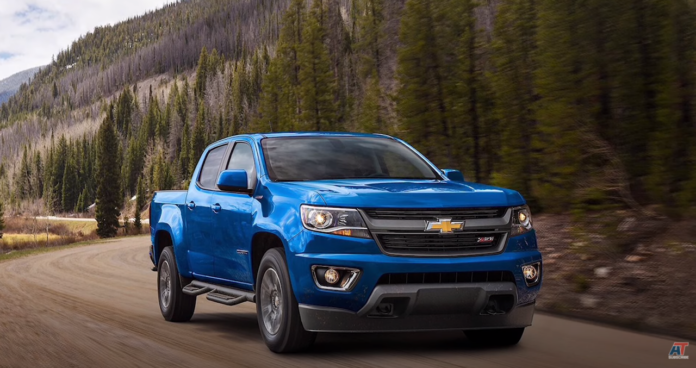 PAOLI, Pa. (March 3rd, 2021) – Late-model aftermarket parts provider, AmericanTrucks (AT) has released a new video in its “Customer Builds” YouTube series. The latest episode features a leveled, 2014 Big Horn Dodge RAM on 34’s with a K&N Series cold air intake. AT’s Adam Maqboul hosts a virtual chat with the owner, Jesse Heflin to get the full scoop on all his modifications. Jesse’s complete build list and profile pictures are available on AT’s website.

“…That’s how impactful it can be. And I think sound is something a lot of people may overlook when shopping for an intake.” — Adam Maqboul

Jesse settled on a Dodge Ram following a test drive at the dealership. He was impressed by the comfortable ride, the power, and the fact that Rams are easy to mod. He began by installing a 2.5-inch leveling kit with 34-inch tires and a -12 offset. Moving onto appearance mods, Adam and Jesse discuss his LED lightbar, fog lights, and side steps. Some of Jesse’s key performance upgrades include the K & N Series cold air intake and Pedal Commander throttle response controller. The virtual sit-down wraps up with Jesse’s plans to upgrade the bumper, install bigger wheels and tires, a cat-back exhaust, and a windshield lightbar.

AT’s newest “Customer Builds” episode inspires Ram owners with ideas for their own ride. Jesse has made some smart choices to accommodate his love for camping and off-roading, along with the truck’s use as a daily driver. Customers can see more images and a full breakdown of Jesse’s mods by visiting his profile page at americantrucks.com. AT’s YouTube series will continue to feature ambitious builds from customers across the country.

AmericanTrucks is regarded as one of the best, most reliable online aftermarket retailers providing parts and accessories for F150, F250, Ranger, Silverado, Sierra, and RAM. Catering to the needs and demands of late-model truck owners and enthusiasts, AmericanTrucks provides the best parts with support from genuine truck experts. Located just outside of Philadelphia, AmericanTrucks is dedicated to offering the truck community with the highest quality of parts and customer service. Please visit https://www.americantrucks.com for more information.

What exactly are NFTs? A look into the world of Non-Fungible Tokens

Troy Albert - June 16, 2022 0
Creating videos, movies and clips is a hobby many partake in frequently, and it can be turned into a full-time job. Getting...

Troy Albert - May 25, 2022 0
Although the internet is much more secure than it was ten years ago, there are methods for malicious actors to gain access...

What exactly are NFTs? A look into the world of Non-Fungible Tokens

Troy Albert - May 11, 2022 0
Coinciding with the cryptocurrency boom in 2021, NFTs have also taken the spotlight alongside many cryptocurrencies. Much like the thousands of different...